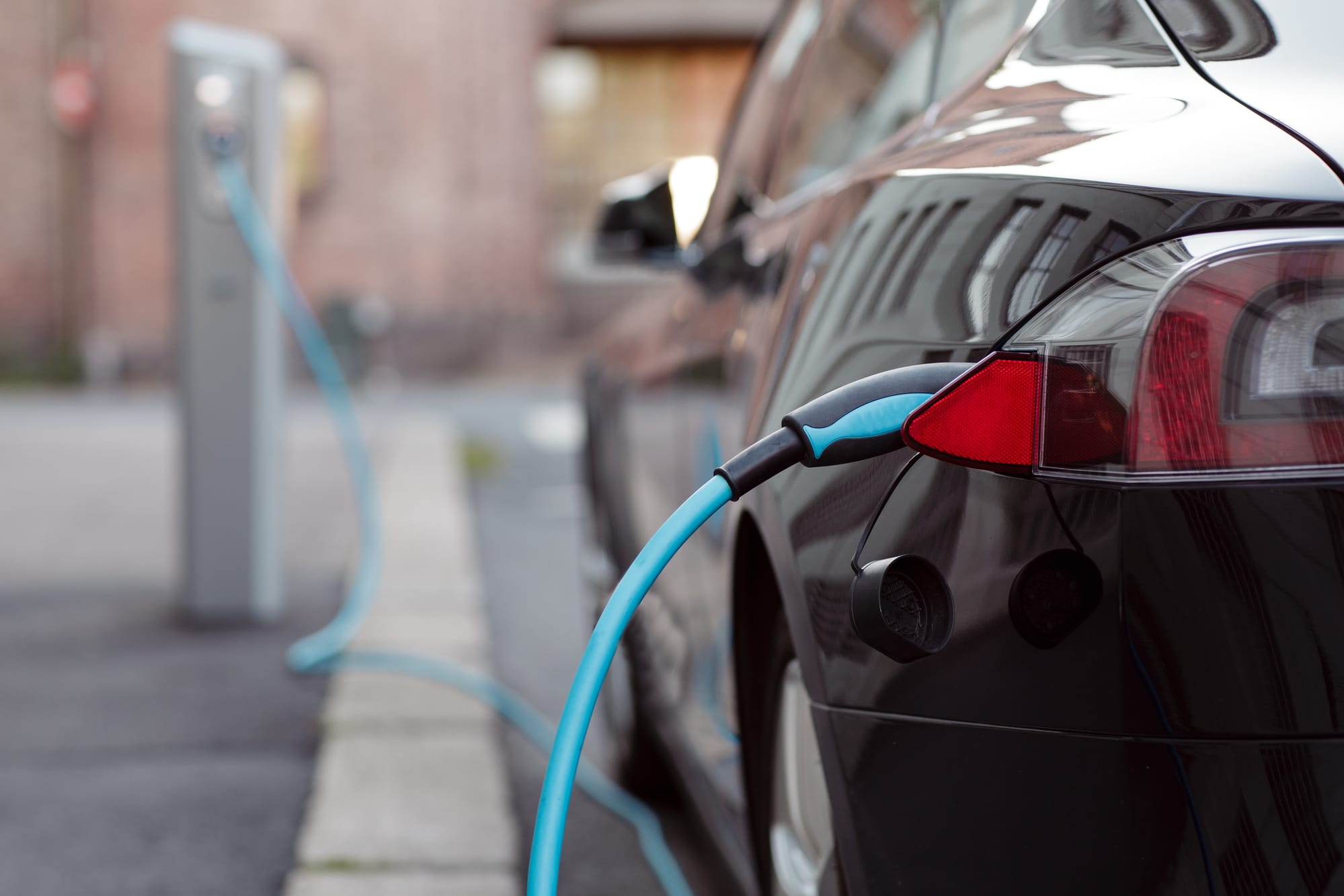 It’s not just Tesla that is leading the way for electric vehicles these days. Honda, G.M., Ford, Volkswagen and other major car manufacturers are investing heavily to develop and produce electric cars. And infrastructure changes needed to power EVs is seeing a major boost in recent months as well.

Since taking office, President Biden has accelerated the move away from fossil fuels and towards electric mobility. He has encouraged automakers to increase production of battery-powered cars, trucks, and transportation. Proposed infrastructure programs would offer tax incentives to both consumers and manufacturers. As a symbolic gesture in this effort to slow the effects of climate change, the president has also said he is working to switch the White House fleet and presidential limousine to electric.

Is this a sign that the commercial limousine and luxury transportation industry will be shifting to more environmentally friendly vehicles? Let’s look at some of the reasons why we think EVs are likely in our future.

Will Livery Go Electric? It’s Looking Like a Good Possibility

We don’t have a magic 8 ball, but all signs point to ‘Yes.’ It will likely be a gradual change, but a number of forces are encouraging livery operators to think green. Rising gas prices on one side and advantageous tax credits and incentives on the other are soon to tip the scales in economic terms. In addition to it becoming a cost-effective decision, livery fleets may soon be required to switch, at least partially, to electric vehicles.

There are a couple of signs that EVs are the future for limousine fleets. At least one, U.S.-based limousine customization team has been converting electric cars for nearly five years. Big Limos overhauled a Toyota Prius V, making it the first legally compliant limousine that is properly certified, inspected, and insured for commercial use. The company builds custom, quality coaches and the modified electric/gas hybrid car is advertised as an affordable, reliable, comfortable, green option.

Mobility as a Service Is Going Electric in the EU

In the latest news about electric vehicle adoption in the transportation industry, a Spanish-based company signed the first contract in Europe for a fleet of Renault’s Limo, a midsize electric sedan model. Cabify is actually a ridesharing company for corporate customers, but with this new business decision, it plans to offer a more luxurious—and entirely electric—ride experience for commuters and businesspeople in cities like Madrid.

This move is part of a growing trend to Mobility as a Service, where different modes of transportation are combined and made more accessible for end customers with unified app booking, trip planning options, and multiple types of payment processing. Cabify, together with Renault’s Mobilize Driver Solutions, say that this service will be innovative as a subscription model. Taxi and private-hire drivers get the EV Limo under warranty for up to 3 years, 24/7 roadside assistance, labor and parts for vehicle maintenance, priority garage parking, and insurance. For the operators interested in signing up with the Vecttor fleet, the “all-inclusive” subscription will cost 1,500 euro per month.

Related article: What Is Mobility as a Service (MaaS)? How Will It Impact the Livery Industry?

The Limo sedan has a 110 kW electric motor that delivers 150 horsepower, allowing it to reach top speeds of 140 kph (87 mph) and go from 0 to 100 kph (62 mph) in less than 10 seconds. This luxury electric sedan has a range of 450 km (280 miles) and can comfortably fit three adults on the rear bench seat. For coach drivers, it’s a great option featuring digital dashboard commands, infotainment screen, as well as a refrigerator located between the two front seats.

Cabify expects to start servicing Madrid with the Vecttor fleet in the next few months. While Mobilize Driver Solutions expects cars to hit the road in Paris by this fall and Milan in early 2023.

Now, fleets are making moves to go electric as well. Companies like Amazon, DHL, Ikea and Siemens, which operate some of the largest fleets in the U.S., formed an alliance last year to promote fleet electrification. UPS is collaborating with the electric auto manufacturing company Arrival to develop a fleet of EVs with Advanced Driver-Assistance Systems (ADAS). Amazon, FedEX, and DHL Express are already making deliveries with electric trucks and delivery vans in an effort to reach net zero carbon emissions.

EV fleet adoption has come along way for commercial industries. Originally, companies complained that early electric vehicles didn’t get enough miles per charge to make the switch feasible. So, carmakers are working to deliver solutions fast.

For example, Ford is developing cargo and commercial vehicles together with the help of a startup named Electriphi which is specialized in battery management and fleet monitoring software. Their goal is to increase the number of charging depots in key geographic areas to ensure that businesses have their vehicles powered up and ready to go for every work day.

Part of the rush to adopt electric-run vehicles comes from speculation that state and federal mandates will be levied in the near future. Many in the transportation industry see such regulations on the horizon for heavy duty vehicles and mid-sized commercial fleets and expects that they would go into full effect by the end of this decade. But replacing an entire fleet requires a significant investment; “To turn over your entire fleet in 10 years, you have to start now; they’re going, ‘I have to make sure that my fleet operations don’t skip a heartbeat, while this transition is happening,’” explains Electriphi co-founder and CEO, Muffi Ghadiali.

Transportation Planning to Charge Up

Public transportation seems to be going along the same route. The transportation sector in congested urban areas are currently responsible for the biggest amount of greenhouse gas emissions—nearly 50%—but are committing to cutting that down. Los Angeles, for example, has set a goal to electrify their entire transport fleet within the next 8.5 years. New York City’s MTA plans to run only zero-emission buses (ZEBs) by 2040.

Because more municipalities are going green, engineers are working to extend the range of batteries to meet typical service routes. More charging stations are popping up in major metro areas to keep electric buses going. And wireless charging technology is currently in the works.

With rising gas prices, EVs are a cost-cutting solution. Though the average ZEB currently costs $200,000 more than a diesel bus, they save nearly $400,000 over their lifetime in gas and maintenance expenses. And the economics is only expected to get better as more money is funneled into research and development, batteries prices drop, and manufacturing becomes more efficient. Experts anticipate the the price difference between electric fleet vehicles and diesel will be even within the next few years.

New York City’s Taxi and Limousine Commission proposed a pilot program to add more electric cabs to fleets in the city. Drivers and riders alike are excited about the prospects of greener transportation options with Tesla taxis.

“No gasoline. No engine check. No transmission problems. And when I’m in the taxi line, clients want to get into my car,” said NYC taxi driver Vincent Thomas, who has 20 years of experience and has been operating an electric car for several weeks. Local taxi companies have been positive about the program—citing a cost savings of $25-30 per shift— and are increasing orders for battery-powered vehicles.

The trend is impacting the car hire industry as well. Enterprise, the car rental giant, has extended its EV fleet and is encouraging business customers to give them a try. Hertz, Rental24H, and Sixt also advertise chargeable and hybrid vehicles as a green alternative for customers.

In Europe, the premium car rental app called Virtuo has added dozens of Tesla Model 3s to its offering earlier this month. This is in addition to a number of Hyundai Kona Electric vehicles. that were already available for rent. The company aims to have half of its fleet run on battery by 2025 and go 100% electric by 2030. Judging by investors continued support and customers’ enthusiasm, going green has been a winning move.

Ride Sharing Is Being Pushed Towards 100% Electric Vehicles

You’ve probably already heard that the California Clean Miles Standard has been approved and will start going into effect in 2023. One major part of this bill is the requirement for rideshare operators, namely Uber and Lyft, to migrate to electric vehicles by the end of this decade. By 2027, the strict state mandates that 50% of their fleet be green and 90% by 2030. To support this, the California Public Utilities Commission plans to control the prices of EVs for owners, access to charging stations, as well as the cost of recharging.

Even before California put this rule in writing, ridesharing companies were planning a shift to electric fleets. Uber has committed $800 million to assist its drivers in replacing their gas cars for electric; Lyft plans to convert 100% of its rides to renewable energy sources by the year 2030.

Stay Ahead of the Competition with LimoLive24

Talk to one of our agents who is specialized in the livery industry about how we can help your fleet get a competitive advantage. 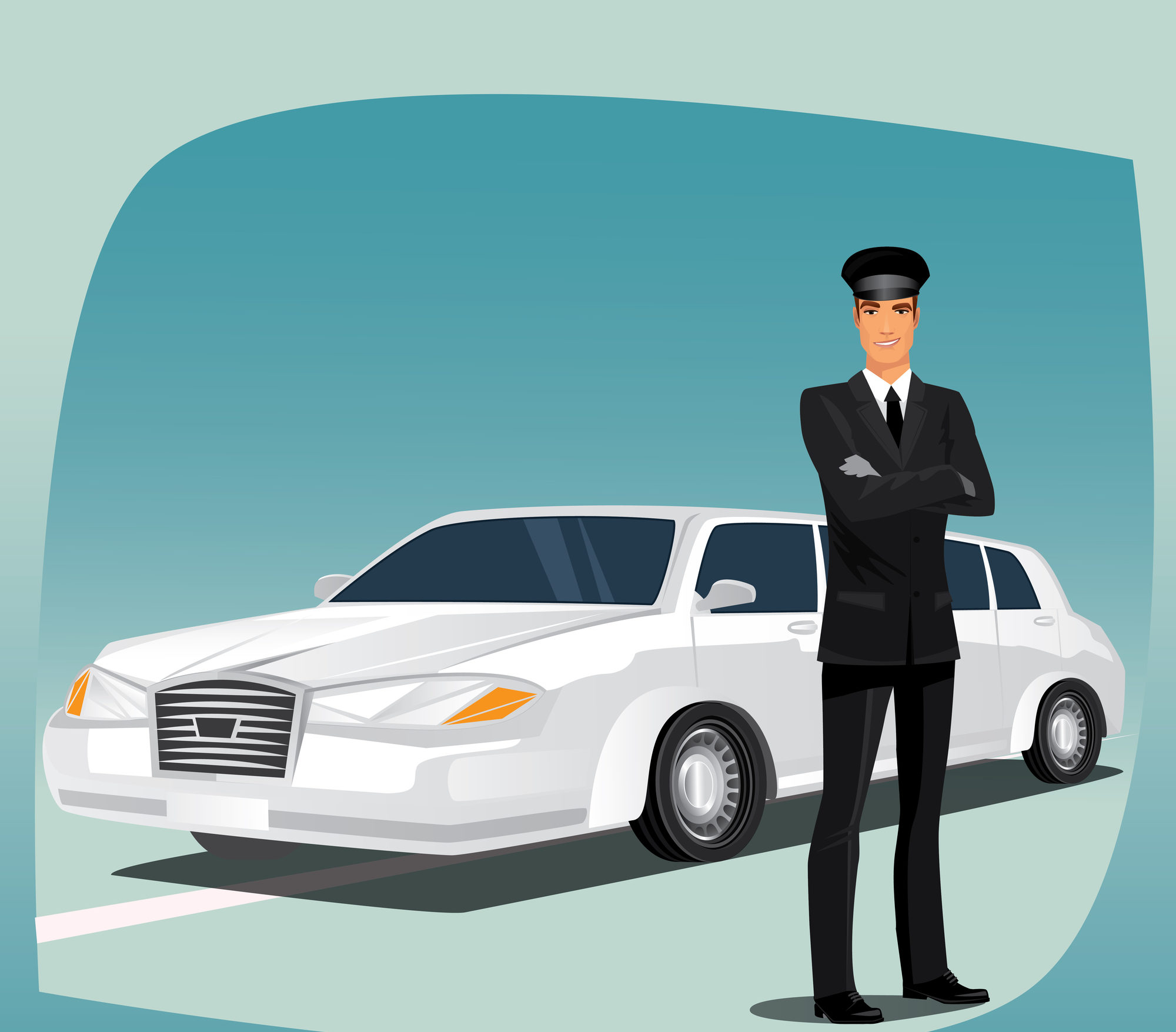 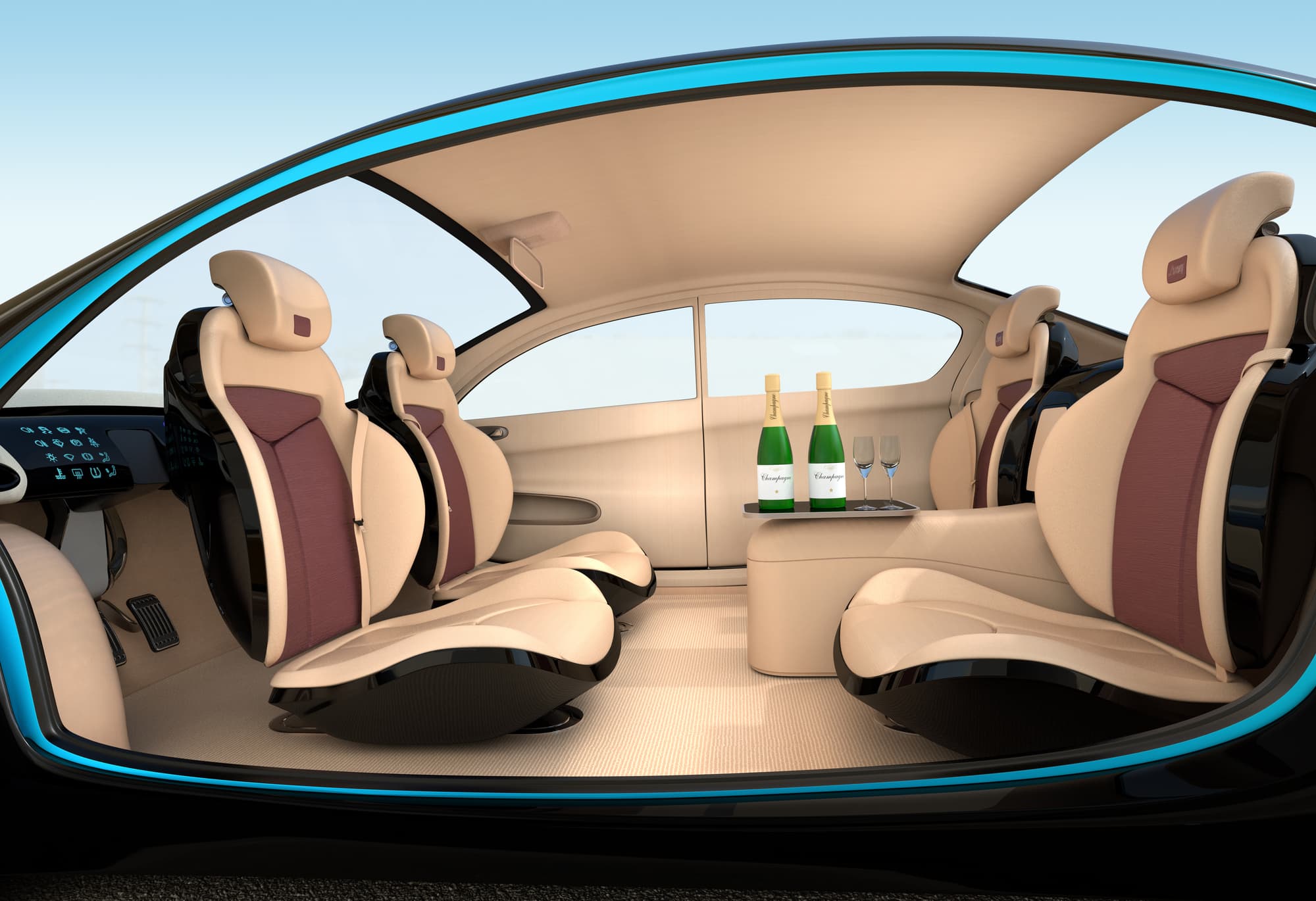 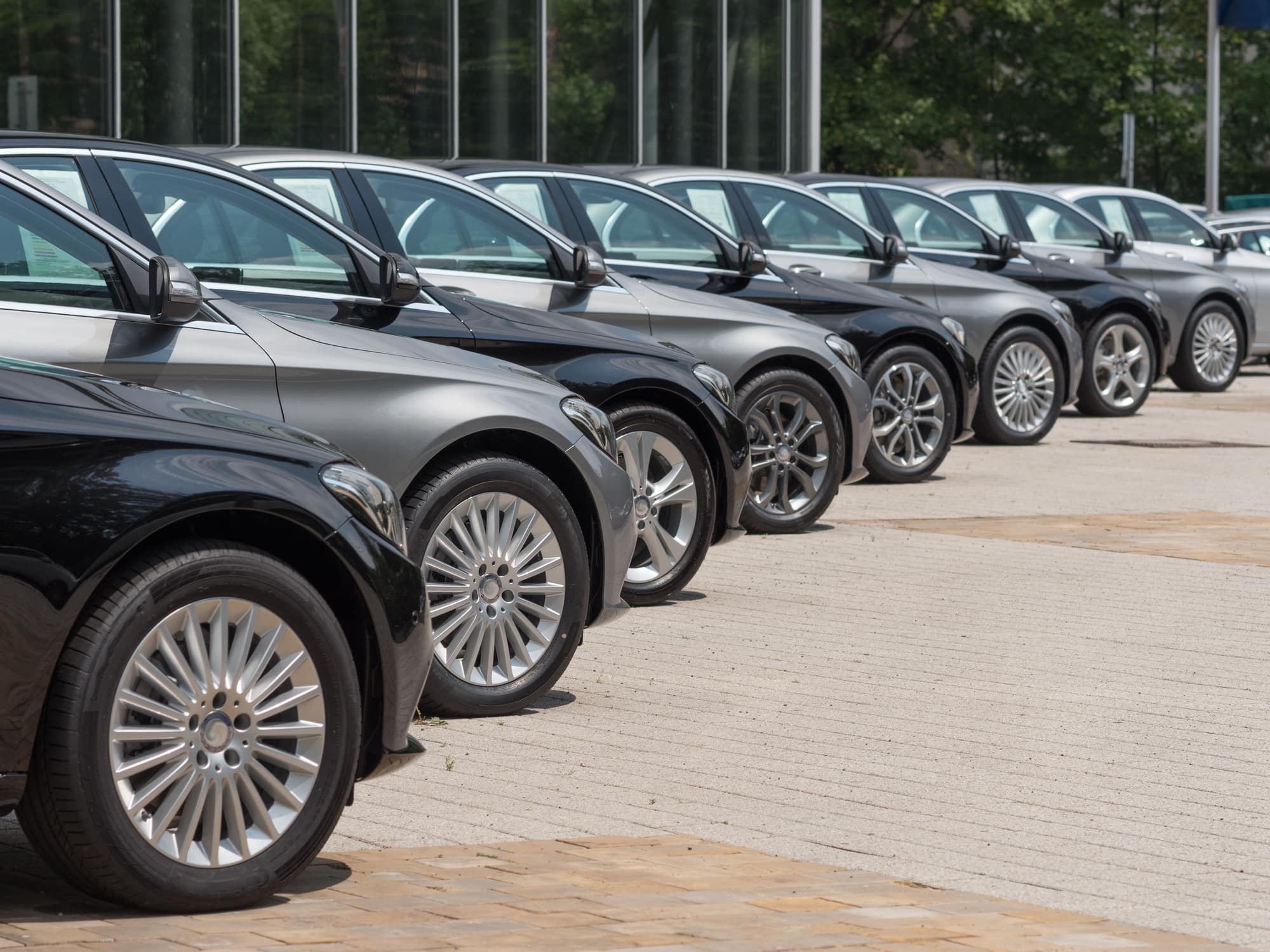